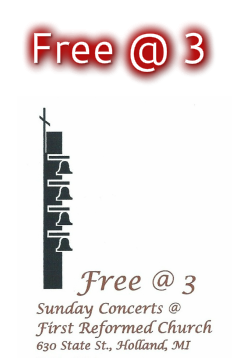 welcome to the on-line home of the

Lori Sims received the Gold Medal at the 1998 Gina Bachauer International Piano Competition, where she also won the prize for the best performance of a work by Brahms. Ms. Sims’s other awards include first prize co-winner of the 1994 Felix Bartholdy-Mendelssohn Competition in Berlin, winner of the 1993 American Pianists’ Association Competition with outstanding distinction from the jury, and silver medalist in the 1987 Kosciuszcko Foundation Chopin Competition.
She has performed throughout North America, Europe, and China including engagements with the NordDeutscheRadio Orchester in Hannover, the Israel Philharmonic, the National Symphony of Ecuador, and the Indianapolis, Utah, Rockford, Pocatello, Ohio Valley, Florida State University and Kalamazoo Symphony orchestras. She has also appeared with the Denver Chamber, Memphis Symphony Chamber and Spokane Chamber orchestras. Her 2000 Alice Tully Hall recital debut received critical acclaim from Bernard Holland in the New York Times: she subsequently performed at Zankel Hall and Merkin Hall. In 2019 she will make her tenth appearance at the prestigious Gilmore International Keyboard Festival, as a featured solo-recitalist, master class artist, and chamber artist.

At Western Michigan University since 1997, Ms. Sims was named the John T. Bernhard Professor of Music in 2003, one of thirteen named chairs at the school. As an artist-teacher, she has appeared at the Western Michigan University’s SEMINAR for high school students, the Bayview Music Festival, Eastern Music Festival in North Carolina, and at the Internationale Konzertarbeitswochen in Goslar, Germany.
Her discography includes three CD’s with Naxos, “Lori Sims: Romantic”, “Lori Sims: American Music” and a highly lauded live recording of Bach’s Goldberg Variations.

The Free @ 3 Concert Series is held on various Sunday afternoons at 3:00 in the sanctuary of the First Reformed Church in Holland, Michigan.  These concerts are open to the public and are free of charge.

First Reformed Church was founded in 1847 when immigrants from the Netherlands built a log church in what is now Pilgrim Home Cemetery.  The present building on the corner of 26th and State streets was built in 1962 and houses a thriving musical congregation.  The sanctuary boasts a beautiful Mason & Hamlin grand piano which is used in many of the Free @ 3 concerts.  It is also the home to a four manual, 39 rank, 1962 Casavant/Rodgers pipe organ.  The chancel was remodeled in 2013 in part to accommodate the various musical groups which perform on the Free@3 series.

Please check out our schedule of concerts and plan to attend as many as you can.

Free@3 is, and will remain, a FREE series! However, many audience members
have made contributions in the past, and there have been inquiries
as to the procedure. Checks may be made out and sent to First Reformed Church,
630 State St., Holland, MI 49423, with a designation to Free@3.

Joan Conway is founder/Artistic Director of the Free@3 concerts, which began at the Herrick Library.